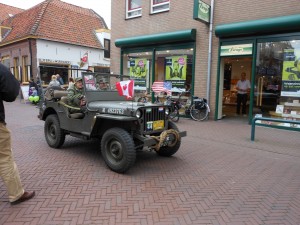 Liberation Day is celebrated by the Dutch on May 5. Also known as Freedom Day, this historic day commemorates the end of WWII in the Netherlands. Even though the war wasn’t over in the rest of Europe, the Germans surrendered here on May 5, 1945 in Wageningen at the Hotel de Wereld (the world). That name seems fitting… as soon after (as we all know!) they surrendered to the rest of the world as well.

A few years ago I was in Barneveld for their Freedom Day celebrations. While Stefan was taking photos, I enjoyed the parade and ceremony in their village square. The Dutch don’t display their flag everywhere on a daily basis like in the States, so it was special seeing it hanging prominently throughout Barneveld on this day. 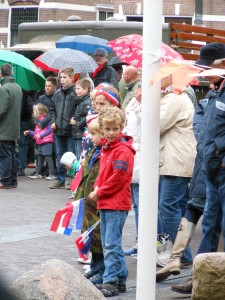