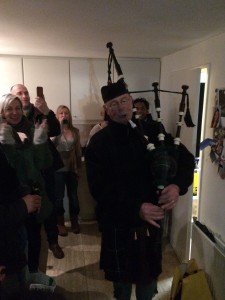 I’m sorry to say I won’t be spending New Year’s Eve in the Netherlands this year, but I will be with my Dutch husband and that makes up for it! After several visits to the Netherlands, last year was my first time there during New Years. I’d heard about the Dutch traditions for starting a new year… diving into frigid water, eating oliebollen and their passion for fireworks! I learned it goes way beyond a love for them… it’s a passion, need, right – to buy and shoot them off! 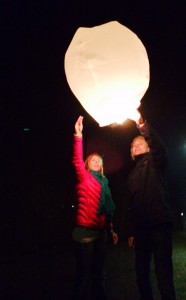 Don’t get the wrong impression from the photos; the releasing of lanterns for new wishes, a local bagpiper stopping by the party…as it all looks so gezellig. But make no mistake, the main event of New Year’s Eve for Dutch is the fireworks!

As an American, we love our firework displays on the 4th of July, New Year’s Eve, the occasional neighborhood show, and even driving to the next state over to purchase ones that are illegal in our own state. But experiencing fireworks on a typical Dutch street in the village my husband grew up in is beyond comparison (and Barneveld is in the Bible Belt of the Netherlands!). One is barely able to see across the smoke filled streets, the entire neighborhood is on the street shooting off fireworks, debris is everywhere and I recommend ear plugs! 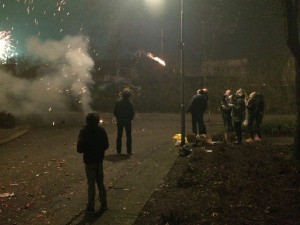